MOONLIGHT SQUARE is a community-based Regency Historical romance series that centers around a fabulously elegant London garden square (like Berkeley Square, Grosvenor Square, Hanover Square, etc.) and the wealthy aristocrats who live there ~ including a higher-than-average population of bachelor dukes! *grin*

Built by Beau Nash with magnificent terraces, elegant Town houses, and big corner mansions (where the dukes live, of course) Moonlight Square is rumored to be Regency London's most romantic address. Certainly, it's one of its most scandalous! (Scroll down for details on each book in the series.)

CLICK THE MAP TO ENLARGE
On your left stands the Grand Albion, an opulent hotel based on the Pulteney Hotel of Regency times, mashed-up with Almack's on King Street, for, you see, the Grand Albion boasts a fine ballroom on the first floor, with a weekly subscription ball throughout the Season. On the ground floor, in the back, you will find the local gentlemen's club. Just hope that your name does not end up in the wager book.

Shall we take a stroll along the graveled walks? The flowers and plane trees are so pleasant in Spring. But don't be surprised if we find some couple madly in love stealing a moment alone in the garden folly...more fodder for tea-time with the ladies!

Coming out of the park, we now stand in the shadow of St. Andrew's Church with its picturesque steeple. Much like St. George's in Hanover Square, it's one of the most fashionable spots to get married in London, as our local bachelors seem to be learning. Try as they might to avoid it, they do have a way of ending up there at the altar, saying "I do."

BONUS EXTRA! Visit my Regency World Page for a taste of Daily Life as a Moonlight Square Aristocrat

I hope you've enjoyed our brief promenade. Scroll down to meet the denizens of this aristocratic enclave, from wall-flowers to scandalous beauties, from rakehells to mysterious loners, and much more to come, only one question remains...

Have You Met the Neighbors? 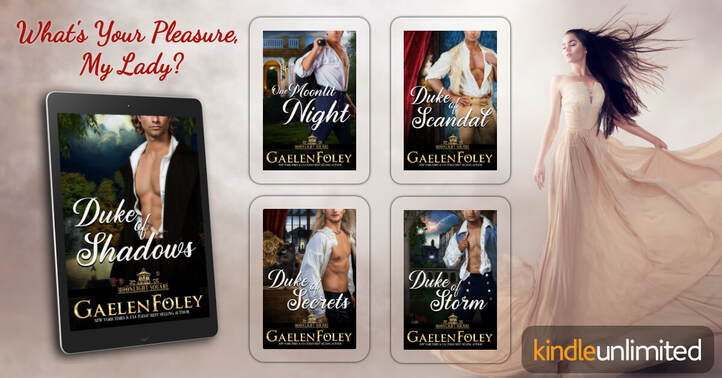 Lucas Wakeford, the Duke of Fountainhurst, leads a double life that leaves him little time for romance. After his parents died at the hands of brigands as a lad, he found his true passion in standing up for the powerless as his masked alter ego, the heroic highwayman, Silversmoke. As the duke, however—his charade as a scholarly quiz aside—Luke knows he must eventually marry. Besides, having a wife around could help him blend in with his fellow noblemen. Elegant and highborn Lady Portia Tennesley seems perfect for the sort of duchess Luke needs. A fashionable belle preoccupied with high society, she’s sure to keep her nose out of his secret life fighting crime in London’s underworld.

But when the lady herself ventures into Silversmoke’s lair, begging for the famed highwayman’s help, Luke is astonished—and realizes he has seriously underestimated his future bride. Yet as Silversmoke, he can’t deny a damsel in distress, so he agrees to find her missing suitor. Tangled in a web of secrets and hidden identities, will Luke and Portia’s growing attraction be strong enough to survive the truth, or will their love steal away into the night?